This link is to CJ's Pitch column on the potential of life without American car companies. Enjoy. - JJ
Posted by JJ at 3:36 AM 1 comment:

Presentations on teaching and research at Notre Dame, November 20, 2008

(2) What We Teach, What They Learn, and Why Anyone Should Care (mainly about the teaching of freshman biology).

This link is to a story by Kate Schweitzer, from Popular Mechanics, about the science behind a "Fringe" episode.
Posted by JJ at 7:05 AM No comments:

Various presentations about parasites and other stuff

This link is to an increasing number of presentations, including PowerPoints, pdfs, and audio (*.wma format). The Cedar Point Biological Station recruiting show (*.ppt and *.wma) are up there for downloading if anyone wants them. The pictures from the CPBS show are of Field Parasitology class in multiple years.
Posted by JJ at 5:38 AM No comments:

After posting that commentary on student writing for a single week, I decided to put up all the feedback that I've given students over the past seven weeks. Does this feedback seem to help? Maybe.
Posted by JJ at 6:32 PM No comments:

Every Friday, in BIOS 101 (approx. 200 students, mostly freshmen), we do an extemporaneous writing. After those pages are recorded, they have a week to re-do them and generate a page of self-assessment. On October 3, 2008, the prompt was: Based on your knowledge and experience in biology so far, answer the question: Do any of the current candidates for president or vice president understand the importance of scientific research? Answer the question “yes” and defend your answer, then answer the question “no” and defend that answer. After reading their self-assessments, I sent them some feedback (the link); it's been edited slightly.
Posted by JJ at 12:18 PM No comments: 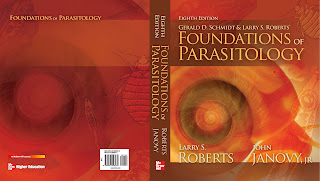 FOUNDATIONS OF PARASITOLOGY cover art suggests the diversity of parasitic organisms, the historical significance of parasitic diseases, and the often-complicated relationships involving parasites. Snails are first intermediate hosts for virtually all trematodes, whose life cycles are dependent on intact food webs and other ecological interactions. Biomphalaria glabrata, the cover’s central figure, is a New World snail vector for schistosomiasis, one of humanity’s major parasitic afflictions, and one that also is linked closely to agricultural practices. As is the case with many parasites, an understanding of the role played by intermediate hosts such as B. glabrata is crucial to any control efforts. The bedbug, Cimex hemipterus, represents a pest whose global importance is increasing, probably due to insecticide resistance, thus reminding us that many, and some believe most, parasites have the potential for evolving defenses against compounds traditionally used to control them. The beautiful Giardia agilis, from amphibians, reminds us that our own parasites, e.g., Giardia duodenalis, often are part of a larger spectrum of related species. The aspidobothrean Cotylaspsis insignis appears highly magnified, but faint in the background, almost as if important but remembered from a distant past. Such imagery is valid; the bibliography of those who’ve worked on aspidobothreans reads almost like a historical record of parasitology. Finally, the sunfish, a common denizen of fresh waters, is both intermediate and definitive host for dozens of parasites, a reminder that parasitism is the most common way of life: every free-living species that has been studied extensively has been shown to be infected, usually with multiple other species.
Posted by JJ at 11:06 AM No comments:

I just finished writing the copy for the back cover of the new (8th) edition of FOUNDATIONS OF PARASITOLOGY. The 7th edition had a number of parasites and vectors assembled into a rather artistic montage, and so does the 8th edition, although with different organisms. The cover copy dealt with the symbolism of those parasites: what they brought to mind when I saw them. This experience makes me wonder what other parasites might be used in a similar fashion, and of course the answer is: all of them. Obviously some would be a stretch, in the sense that a whole lot of history, economics, sociology, and human-to-human interactions might not come immediately to mind when you see a picture of them, but others (Xenopsylla cheopis, for example) would release a flood of such material from a well educated parasitologist. I'd be interested in your contributions! - JJ
Posted by JJ at 12:50 PM No comments:

Here is the text of an interesting e-mail I received, along with the reply (sender's name deleted):


Dr. Janovy,
I am trying to find out the answer to a question posed. Does a flea have a heart? Of the anatomy of a flea sites that I went to, none located a heart. What say you? Thank you.
Sincerely,
Ms. S_____

Yes, all arthropods have hearts, although not in the sense that we usually think of as a "heart." Arthropods have an open circulatory system, so that the heart is actually a contractile tube lying in the dorsal haemocoel, above the gut, and [in insects] extending through the thorax and much of the abdomen.

The question of whether fleas have a heart in the metaphorical sense, e.g. whether they feel any sympathy for the dogs, cats, rats, mice, and people they bite, is an open question, but my guess is that the answer is "no." Parasites, if they have any capacity at all for opinions, feelings, or attitudes, probably tend to look at us rather neutrally, as food, rather than victims. 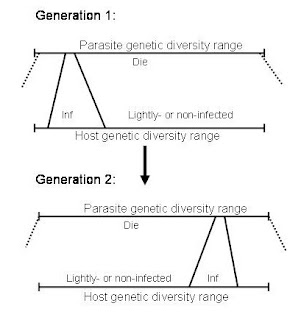 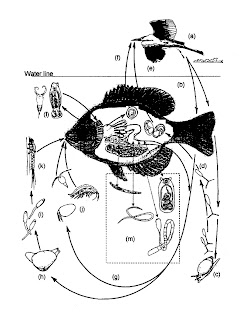 Among all the conversations I've had with various people, perhaps the most interesting ones are about parasites--real parasites, social parasites, imaginary parasites, metaphorical parasites, and memes that act like parasites. So feel free to join this conversation!!
Posted by JJ at 2:30 PM 6 comments:

JJ
Professor Emeritus at the University of Nebraska-Lincoln